We have five gorgeous things up for sale right now, from a decadent gothing cross necklace to a made-to-order steampunk choker, a beautiful pocket watch pendant, and a custom made set of Elven Ear Cuffs! All priced between $25-40!!!

We've got two for you today: The beautiful Lady Aurora, and the chance to choose a sister-piece in any color and style you want, based loosely on previous pieces!!

Lady Aurora
$40 with Earrings
The sixth in a line of chokers vaguely inspired by the show Deadwood/the wild west victorian style, this piece features a more ornate cameo setting, and an entirely different color scheme then the previous pieces.

Taking a cue from "Bella Union", "The Gem", and the other pieces in this line, this piece features a beautiful vintage watch movement, set into a cameo bezel in a gorgeous antiqued bronze finish and ringed by a delicate chain to finish the edges, as the centerpiece for this beautiful choker. From large link bronze toned chain hangs the cameo pendant, and several lengths of chain accented by two bicone beads in a gorgeous blood red. Working with the theme of an Aurora Borealis finish from the tiny rhinestones set into the the flowers on the cameo setting, we used clear AB finished glass beads, and tiny black AB stones, paired with faceted black glass beads in several sizes, and faceted black glass tear drops. A truly gorgeous necklace!

This is a 'one size fits all' choker, with a lobster clasp which can be fastened to any of the links to make this as long or short as needed.

Similar to the piece above, only get your choice of styles, colors, and more! Check the listing for full details!
https://www.etsy.com/listing/198309906/choose-your-lady-handmade-victorian-wild?

The return of House of Decay comes not a moment too soon, with this gorgeous, fully re-purposed Pocket Watch pendant!

I took a beautiful antiqued watch case, in a gorgeous sort of gunmetal/antique bronze finish, gutted it, added an old, battered watch face and a vintage cog as a background, ringed it in sparkly vintage rhinestones, and set a beautiful, shiny-bright watch movement on top, delicately framed in a pale gold braided chain, and adorned with a faceted orange jewel with an Aurora Borealis finish.

As if that wasn't all good enough, I added two chains, joined together about 3/4 of the way towards the closure. A small-link chain in a dark antique bronze finish, accented with tiny beads in a variety of colors and finishes. The second chain features rounded beads connected by antique bronze o-rings, connecting to the pendant itself by an amber colored diamond shaped faceted bead.

This is a gorgeous pendant, that hangs about to the middle of your chest. I can adjust the length if needed, but the lobster clasp actually makes this necklace adjustable on it's own, as well. 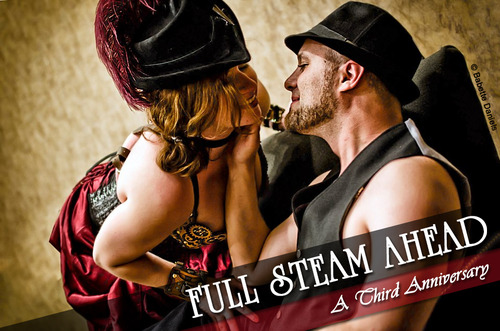 Since its debut in June 2010, Dorian’s Parlor has continued to extend a friendly welcome to casually clothed spectators and Steampunk-seekers alike. Gil Cnaan, the clockwork heart giving the event life, wants prospective attendees to know that everyone is welcome to “step into the Parlor”, he emphasizes that Dorian’s Parlor has a liberal dress code. The event spans wardrobe choices from club night to black tie- and even then, such styles do not reflect the full range of freedom and creativity frequently exhibited in Parlor-goer’s attire.

The reviews of Dorian’s Parlor harmonize in a chorus that exalts the event as a gathering of unique individuals of all varieties, and most of all, as being a friendly party where everyone is nice, even when they’re being naughty. Tara Murtha of Philadelphia Weekly wrote “the theme of the party is theatrical anachronism” and described Dorian’s Parlor as “a party for the steampunk set and the many subgenres of friendly freaks and geeks.” Dorian’s Parlor has flamboyantly caught the attention of at least two Geekadelphia writers, including Kelly Rowles who named Dorian’s Parlor “The Ultimate Geeky Getaway” and has praised the organizers for doing “an excellent job creating a Victorian atmosphere while giving patrons some modern entertainment.” While the theme is Victorian, there is no shy, mysterious fan fluttering to interpret. Jo Pincushion recognized Dorian’s forthright nature and proclaimed it “A wonderful event for anyone who is looking to party with the darker side of life … and everyone is accepting and friendly.” Consistent with all accounts of amiable disposition, the event website, www.DoriansParlor.com endorses the event as a “haven for artists, Bohemians, socialites, and neo-vintage lovers of all stripes and inclinations.”

Please visit http://doriansparlor.com/ for more information, peruse photos from past events, and get updates on things yet to come.

Join us on Facebook to socialize with other attendees, get advice on costumes, and to bask in the excitement of the adventure that awaits you.

Tickets are $25, and admission includes a drink ticket, hors d’oeuvres, access to all entertainment and vendors, 21+ to enter.
Order tickets in advance at http://doriansparlor.ticketleap.com/dorians-parlor-july-featuring-the-steamstock-tour/.

Don’t miss the Steampunk spectacle of the Summer, and step into Dorian’s Parlor on July 20 from 8pm-1am at the Doubletree Hotel- Ormandy Ballroom at 237 Broad Street, Philadelphia, PA 19107.

Hello all and sundry!


So after much waving and wrangling and wailing and gnashing of teeth,
we have a date for the next Dorian's Parlor! Philadelphia's premier
Steampunk/Neovictorian event is back, and will be better than ever!

On January 26th, we will have fantastic DJs, music, magic, merriment, mischief, mayhem, and other words starting with M.

Room: We will be on the third floor, rather than our usual first floor
accommodations, as the hotel is redoing our normal place.
Price: $25 gets you admission, a drink ticket, and hors d'oeuvres while supplies last.

We look forward to seeing you all there!

This gorgeous choker's been sitting in my inventory for months, and in an effort to find her a lovely new home, I've dropped the price of this set (which includes lovely earrings with tiny brass toned keys on them!) to just $25!!! The next three days only, so if you've been eyeing this piece, snag it now!

Yarrrr! There be a treasure trove o' booty!

I'm still clearing out the ol' treasure chest, and there's a bounty of beautiful brooches, bobbles
and beads to be plundered at criminally  low prices.  Get ye over to my website,
and see what plunder awaits ye! 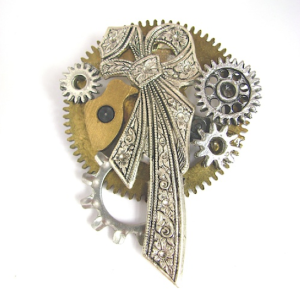 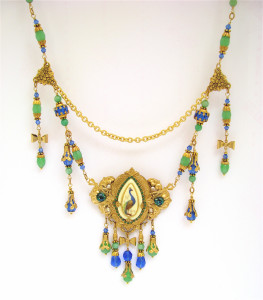 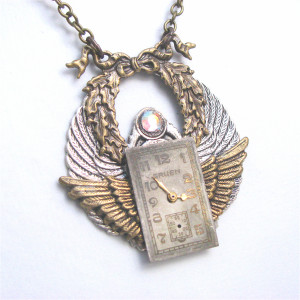 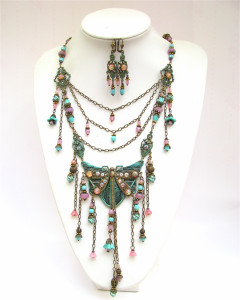 you 50% off, and SHIPFREE gets you free shipping.
http://www.Rivkasmom.com

Got some new lovelies for you guys today!

There's Hairclips, earrings, a necklace, and another choker!

I'll be making/listing more stuff in the next week, so be sure to check back! 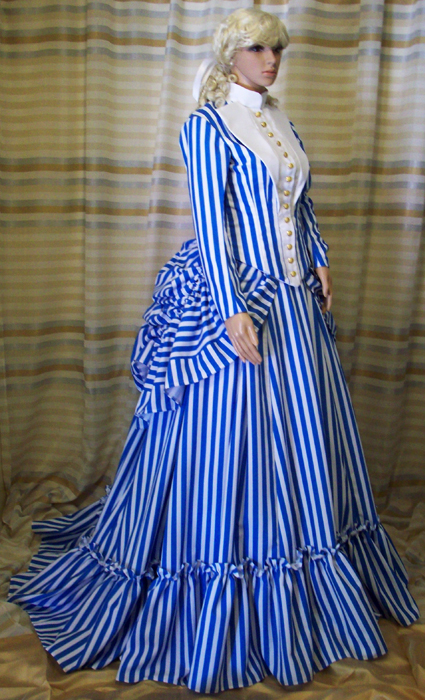